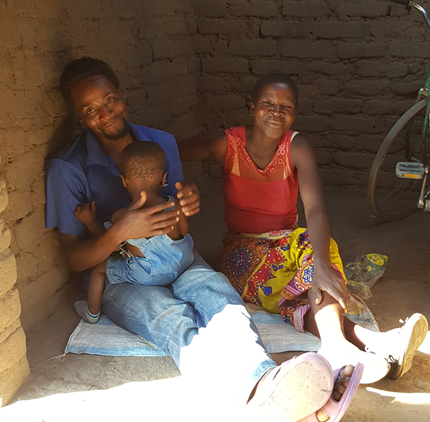 VAPN is a type of partner notification HIV testing service where a client receives help from a provider to bring their contacts for testing. It focuses on identifying sexual partners or other contacts of index clients.
Mada*, a 27-year-old mother of two, sits with a Tingathe Community Health Worker (CHW) at Chambe Health Centre where she regularly attends ART clinic every three months. The CHW explains to her that when her viral load results are received and she is virally suppressed she may qualify for a six-month ARV prescription the next time she visits the clinic. Mada has been adherent to treatment and she is excited about this new development, it’s however the next series of questions that capture her interest. “Do you have children? Are they tested for HIV? This next question particularly stood out for Mada “Do you have a spouse? Is he tested?  Mada knew she needed to be honest: while she had been on ART for over five years, her husband had vehemently refused to get tested. In 2013, she had been diagnosed HIV positive during a regular clinic visit while pregnant with her first child and enrolled on ART. Her two children had both tested negative for HIV at 24 months after successful early infant diagnosis interventions that prevented mother to child transmission.

Mada informed the CHW that her husband had over the years refused to get tested or join her for a clinic visit while pregnant, despite knowing she was HIV positive. “You see I told him about my status and had been pleading with him to accompany me to the clinic but he always refused, so I stopped” said Mada. The CHW explained that there was a new strategy the hospital was using to reach spouses, children and other contacts of ART patients with HIV testing particularly if they had not been tested. Having established that there was no risk of spousal violence, the CHW explained the available Voluntary Assisted Partner Notification (VAPN) methods.

Mada chose contract referral method for her husband Yamikani*, thinking that maybe if he saw the letter from the health centre, it would convince him to visit the clinic.  In contract referral, an index client enters into an agreement with the health provider to disclose HIV status to partners and refer them to HTS within two week after which the provider would directly contact the partner of the index to notify them of possible exposure to HIV and offer voluntary HTS; index’s identity is not revealed. The index client is given an invitation letter to present to the contact(s).

At 33 years, Yamikani is preoccupied with fending for his family. He is not formally employed; he gets income from casual labor which is irregular. The rest of the time he tills the family land to grow some crops. When his wife gave him the letter from the hospital, he didn’t think much about it. She told him he need to visit the hospital within two weeks after which the hospital staff would contact him. He chose to wait. His wife had disclosed her HIV status to him many years ago. For over five years, he did not go to hospital. “She has told me for many years to go to hospital with her, or on my own, but I was not feeling sick. Even now, I do not feel sick. I said I will go at my own time when I felt unwell”

Yamikani acknowledges that deep down, he knew he was at risk of HIV because his wife had tested positive during her first pregnancy many years past. He had convinced himself that as long as he was able to work, felt strong, wasn’t coughing or shivering, he did not need to visit a hospital. He also concluded that as long as the wife wasn’t ill, he was okay. He still did not go to hospital within the two weeks period stipulated in the CR method of VAPN, prompting the Tingathe CHW counsellor to pay him a visit at home. He was counseled and proceeded to consent to a test.  He tested positive for HIV infection and was invited to visit the health centre the following day for a confirmatory test.  He visited the facility where he would be met by the same group of providers. At the facility, a confirmatory test was also positive. Yamikani was not shocked, he was expecting it. It was a verification for him, but this awakened a new reality and he knew he needed to start medication like his wife. The counsellor had informed him that this medicine was lifesaving and would make him stronger to continue with farming and life as usual.

Four months have passed since he begun treatment. Do you know the name of your ARVs? A provider asked.  “It’s a difficult name but I take it every morning, I know how it looks” He responds. Yamikani has since been assigned a CHW and enrolled on Intensified Care ART Clinic (ICAC). He has attended all five ICAC appointments. “I met other men at the clinic. I am feeling okay. I have to be energetic to work and get food for my family. They tell us that taking medicine daily and coming to clinic will keep us health and energetic and it’s true. I am not panting anymore when working at the farm.”

Yamikani relaxes by playing bao with his friends, he has shared the information about HIV testing with two of them. One agreed, to accompany him to the clinic during his ICAC appointment, he was counseled and tested. His result was negative.
By end of Q1 FY 20, Tingathe had scaled up active index case testing in all four acceleration districts (Mangochi, Machinga, Mulanje and Phalombe) with VAPN being offered as the primary referral method to increase the chance of finding untested sexual contacts of index clients at ART clinic and HTS rooms. For consenting clients, CHWs and HDAs offer ICT services and conduct contacts tracing & testing at health facilities and homes. This has seen a sustained increase (from 6% Q2FY19 to 45% Q1FY20) in proportion of clients receiving VAPN in comparison to family referral slips depicting good progress towards sexual partner testing.

​*Not their real names